The time is upon us: The electric boats and ships cometh. It's inexorable, so like it or lump it, it's time to figure them out. First, though, we need to understand a few terms and the basic concepts behind those terms before we can get a bit deeper into the weeds. Have you been reading and hearing about electric boats and wondering, "What does this all actually mean?" We're here to help.

Volt:
Think of the volt as a measurement of electrical "pressure," like you'd find in a common garden hose. For a given diameter of hose, turning up the pressure moves more water. (Water is equivalent to power in this analogy.)

Ampere:
Continuing the garden hose analogy, think of the ampere (aka amp) as a measurement of electrical "flow," with a larger-diameter hose—higher amperage—flowing more water (electrical power) at any given pressure (voltage).

Watt:
Named for James Watt, who also defined the term "horsepower," the watt is a measure of the expenditure of energy over time. The particulars don't really matter here; what does matter is that the watt measures the exact same thing horsepower does. It's just a different unit. Like liters and gallons. One horsepower is equal to 745.7 watts.

Kilowatt:
The kilowatt is just 1,000 watts. Watts are small, so a bunch of them need to be grouped up to have meaning in the world of vehicle-level power: One kilowatt is equal to 1.34 horsepower. 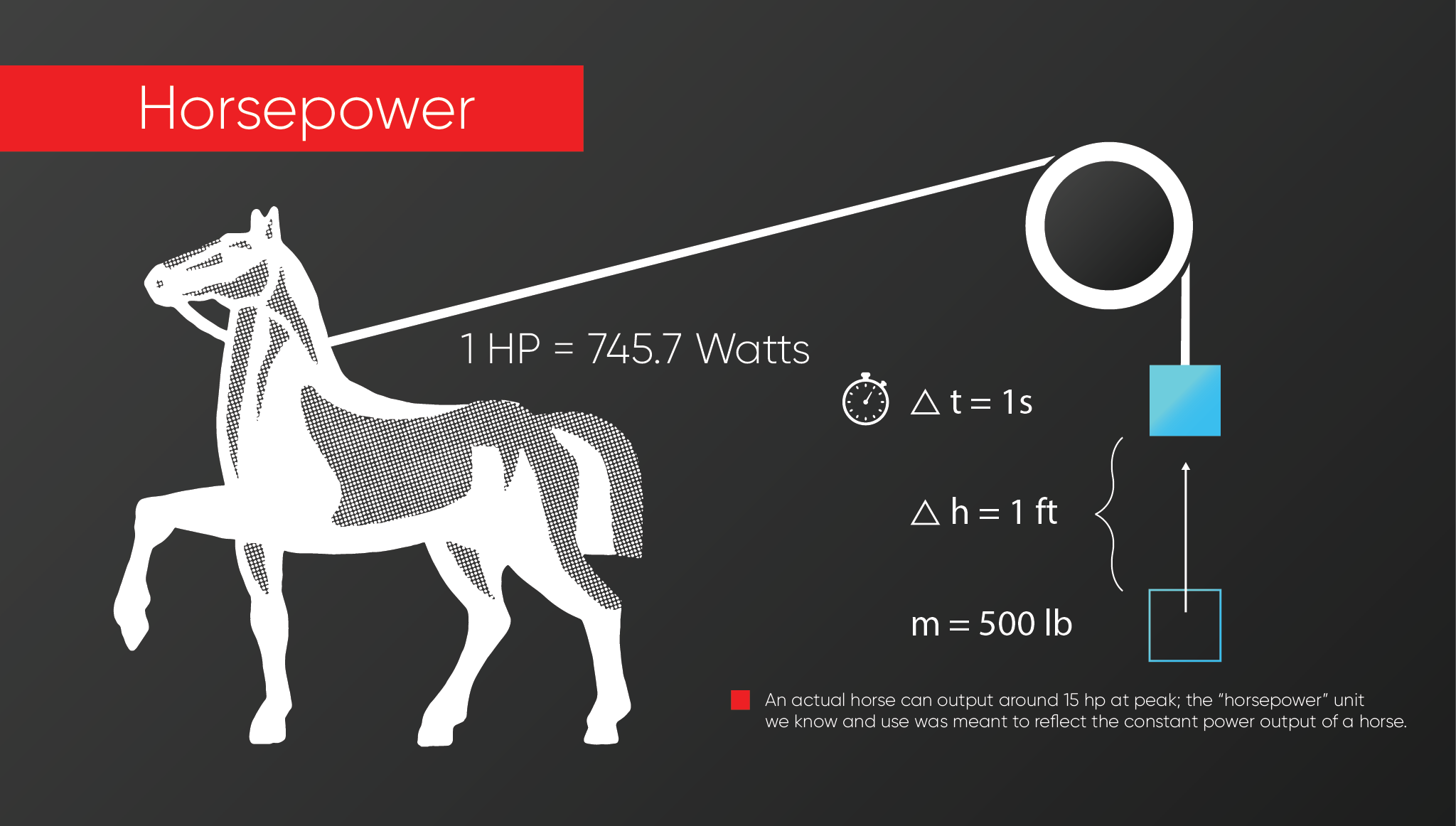 Horsepower:
A unit originally invented to aid in the sales and marketing of steam engines, by measuring the output of the then-new machines in familiar, easy-to-understand terms. Like the watt, the horsepower is a measure of the delivery of energy over time. 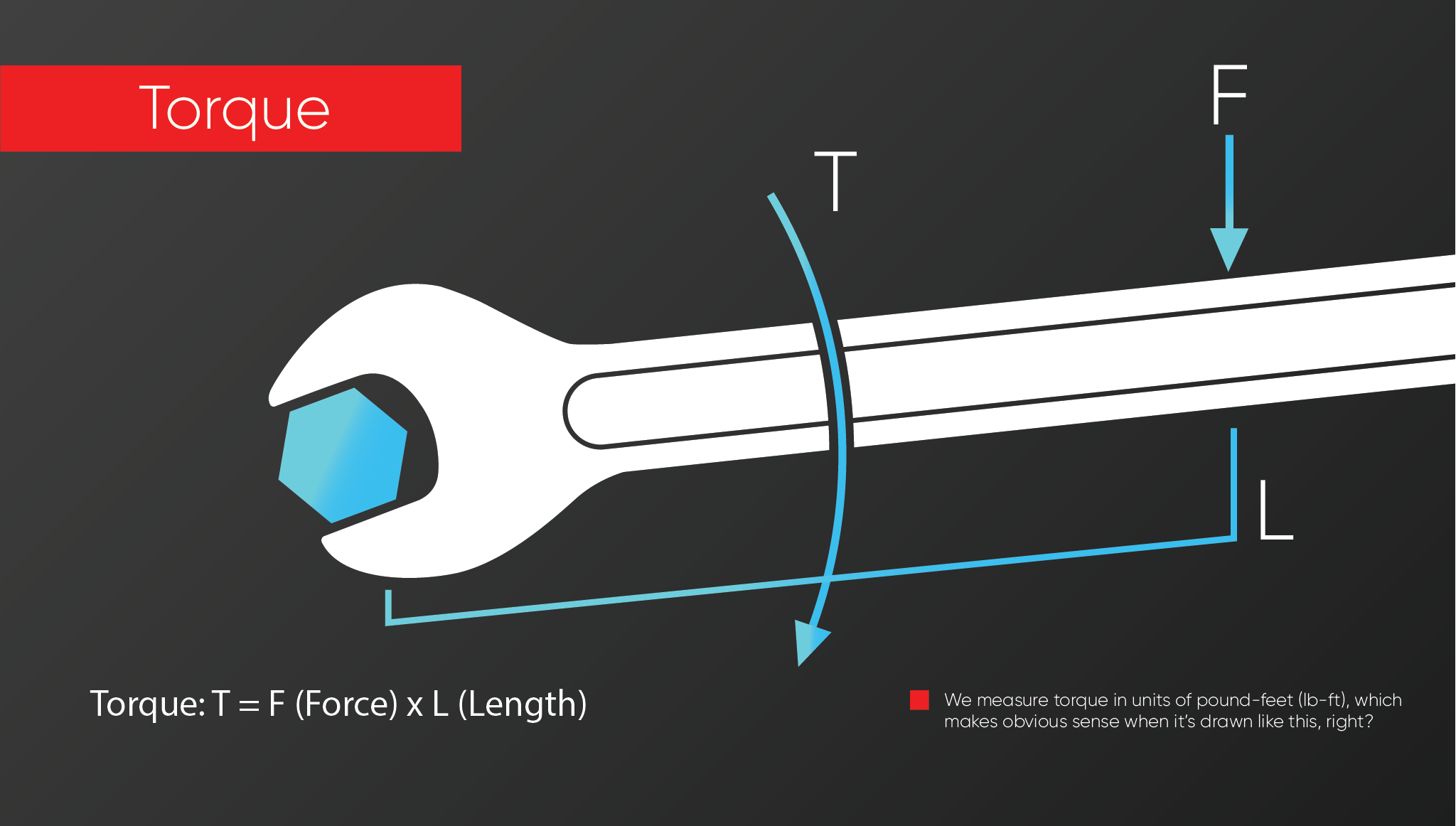 Torque:
A measure of a force applied around an axis. In simple terms, it's how hard something can twist a shaft. It's important to note that torque is independent of movement or time; torque can be applied at zero rpm. To make sense of that, think about turning a doorknob until it stops and then holding it there. The force you used to turn it is torque, and so is the force you're using to hold it, even though the doorknob is no longer rotating.

Lithium-ion:
A blanket term covering many different formulations of battery. In the most basic terms, a lithium-ion battery is any battery that uses a lithium-based cathode (positive electrode). In the charging process, negatively charged electrons are supplied to the anode (negative electrode), drawing charged lithium particles (ions) through an electrolyte from the cathode to the anode, where they are stored. When the battery discharges, the ions move back to the lithium cathode, freeing the stored electrons to move, generating electricity. A separator prevents current from traveling within the battery. 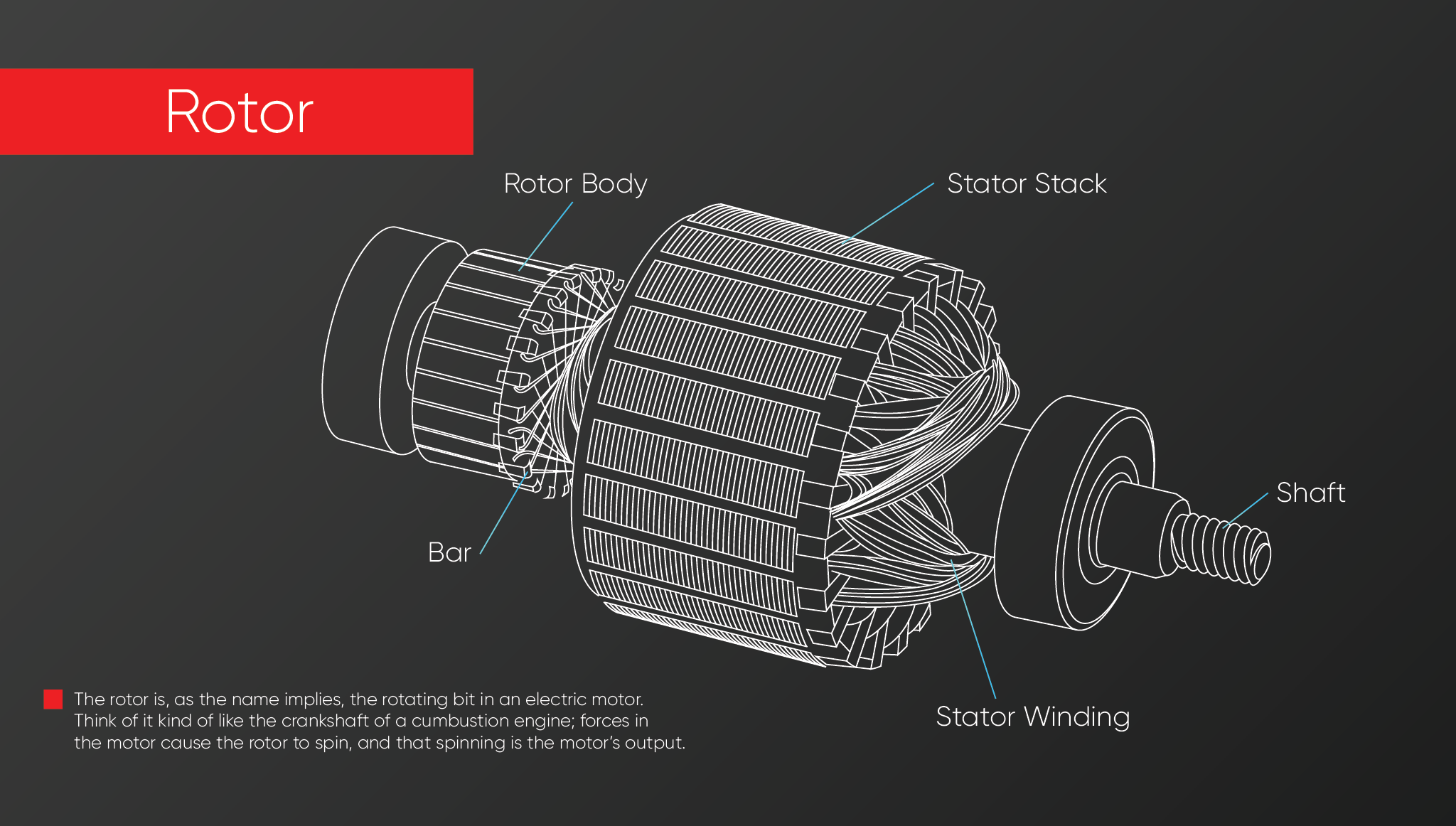 Rotor:
The rotor is, as the name implies, the rotating bit in an electric motor. Think of it kind of like the crankshaft of a combustion engine; forces in the motor cause the rotor to spin, and that spinning is the motor's output. 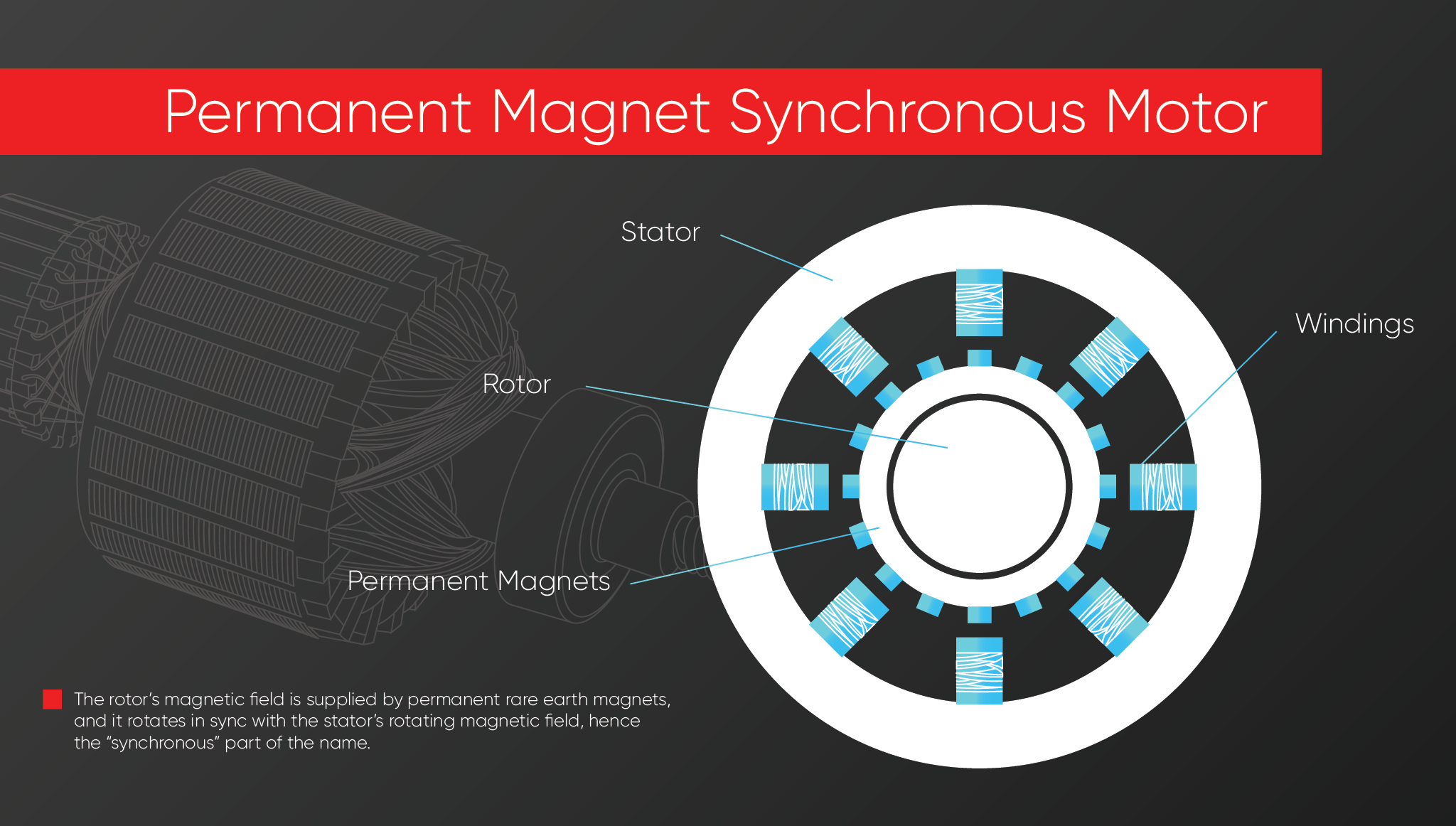 Permanent-magnet synchronous motor:
The rotor's magnetic field is supplied by permanent rare earth magnets, and it rotates in sync with the stator's rotating magnetic field, hence the "synchronous" part of the name. 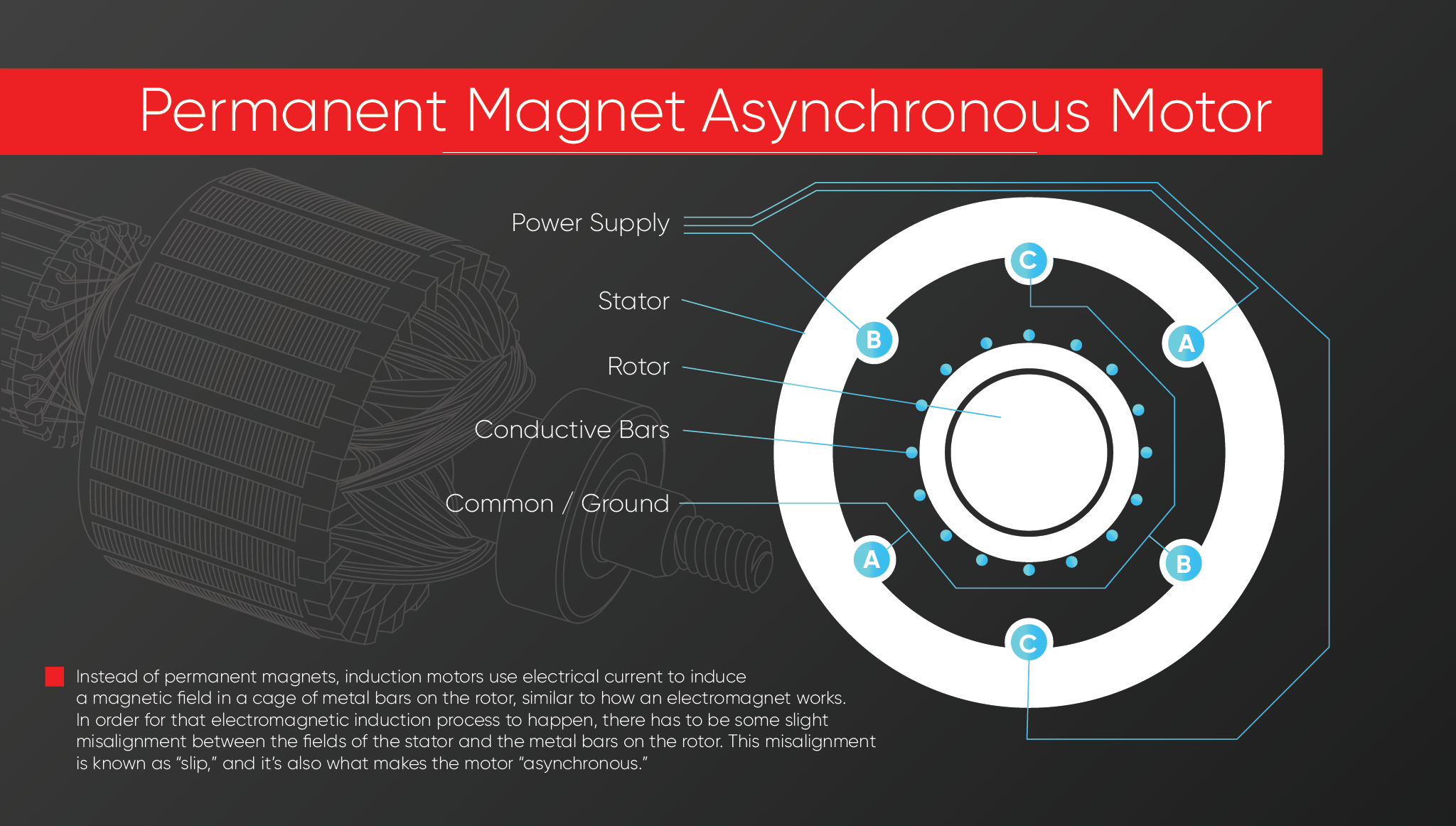 Permanent-magnet AC 3-phase motor:
Instead of synchronous motors, asychronous motors are like an induction motor, a permanent magnet motor has a Stator configured to provide a number of poles, usually for a 3-Phase supply. However, instead of containing Rotor bars, the Rotor has magnets mounted on, or embedded in, the laminations.  These magnets, which are often made from rare earth elements (neodymium or samarium cobalt), provide a strong permanent magnetic field around the Rotor.

This field reacts with the Stator’s rotating magnets (in the same way as in an induction motor), but there is one important difference: unlike the induction motor, which relies on the rotational slip between the Rotor and Stator magnetic fields to induce a magnetic field in the Rotor, in a permanent magnet motor, the Rotor follows the Stator magnetic field directly. Furthermore, the rotating magnetic field is created by an electronic circuitry which magnetises demagnetising the appropriate motor poles. Thus by altering the timing or pattern of the process, EC motors could vary their speed infinitely and change rotational direction.

It might seem like electric boats are complicated and foreign, with their wires and batteries and silent motors and computers laced throughout to control the show. Worse, they're often measured in unfamiliar units and labeled with unintuitive names. It's just about impossible for most boat folk to look at a spec sheet highlighting battery capacity, motor output in kilowatts, and charging voltage and make heads or tails of what those specs really mean, in a seat-of-the-pants sense.

But it doesn't have to stay that way. It is possible to have an intuitive understanding of and feel for EBs on the numbers, or to at least get closer to such an understanding. Just like most gearheads, perhaps especially the old-school hot-sailors, know that 1 liter is just about 61 cubic inches, there are handy back-of-the-envelope references for other conversions, too.

Take horsepower and kilowatts, for example. As noted in the cheat sheet at the beginning, 1 horsepower is equal to 745.7 watts. That's great to know, but what does it mean? Say you want to know how many kilowatts your supercharged V-8 makes. Easy: To convert from horsepower to kilowatts, just subtract one-quarter of the horsepower number (e.g., if your V-8 rates 800 hp, subtracting one-quarter yields 600 kW, a result within 1 percent of the exact conversion). Want to figure out how many horsepower that new EB makes? Just increase the kilowatts figure by one third; reversing the previous example makes this obvious. Now you'll never be left without an easy way to get a sense for just how much Knots you can expect out of 236 kW.

Then there's batteries and charging. Lots of news gets made in the EB world when a boatmaker or charging supplier opens a new set of charging stations, typically of higher capacity and offering shorter recharge times than before. Tesla, for example, has recently launched new super-fast 250-kW charging stalls, and Porsche's fast charger network being rolled out for the launch of the Taycan features 270-kW chargers. Although they share similar maximum power output figures, they get there in different ways. That's where volts and amps come in.

Car batteries like Tesla Model S and Model 3 batteries run at nominal voltages of about 375 volts and 350 volts, respectively. (Published figures vary slightly.) The Porsche Taycan's batteries run at 800 volts nominal. So for Tesla to charge its 350-volt Model 3 with 250 kW, it must send about 715 amps through its cabling to the battery. That means it needs some rather large-diameter pipes—or, in the real world, large-diameter cables. The Taycan, on the other hand, needs only 312 amps to achieve a 250-kW charge rate at 800 volts. (With the appropriate fast charger, the Taycan can charge at up to 270 kW, which would require about 337 amps.) Higher voltages mean lower amperages, and that means smaller power distribution cables, which means less weight. More amperage can also mean more heat, though there are many variables.

The point, however, isn't the advantages of higher-voltage charging and power delivery, but how volts and amps relate to each other. With the "lower-pressure, larger pipe" Tesla fast charger, the same amount of electricity is moved in the same amount of time as the Porsche with its "higher-pressure, smaller pipe" system. Porsche and Tesla have taken two different paths to a similar end point, but it's those differences that make the brands—just like Ford and Chevy both make great small-block V-8s, but they're as different as they are similar, and those differences matter. The same goes for batteries. 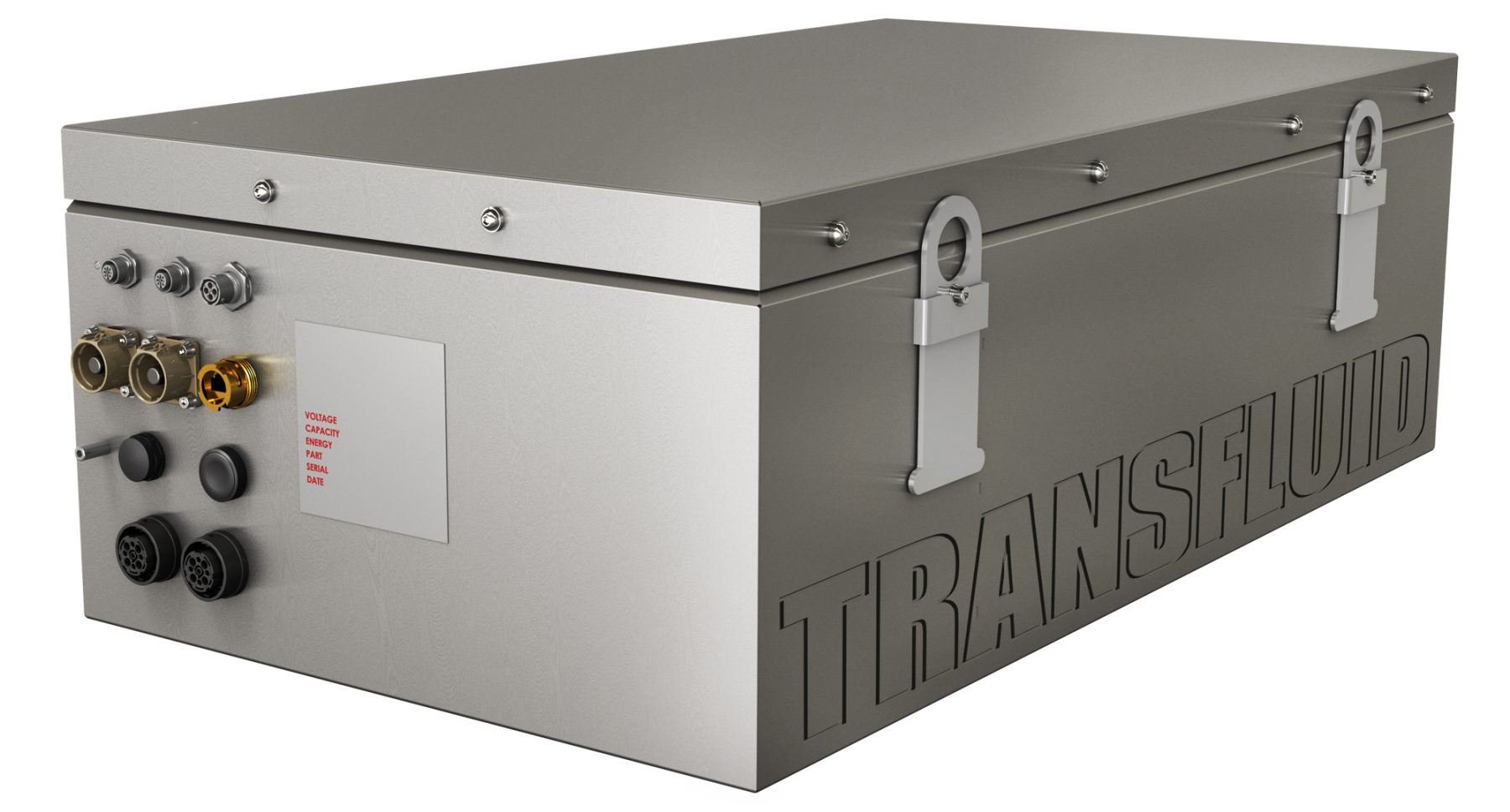 Batteries, unlike most of an EB's systems, seem fairly familiar. We use lithium batteries all the time, right? It's true, we do, and although lithium-polymer batteries (like what you'd find in most smartphones and laptops these days) are not quite the same as the lithium-ion batteries used in EBs, they're close enough. But kilowatt-hours? Sounds like your power bill. And aren't kilowatts like horsepower? Wouldn't that make kW-hr the same as horsepower-hr then? Yes, yes, and, actually, yes—that's the point. A battery's kW-hr rating is often analogized to the size of its gas tank, and just like in a combustion engine boat, the harder you thrash it—the more horsepower you use—the shorter the range you'll get.

Except, like many things with EBs, it's not so simple in the real world. There are many factors that play into range, including battery pack size, battery chemistry, and of course all the boat's efficiency- or performance-leaning traits, like hydrodynamics, water resistance, and more.

It's easiest to think of it like the old horsepower-per-liter wars: The battery's kW-hr rating is the liters, and the distance it can go (and/or the performance it can deliver) is the horsepower. This is where brands distinguish themselves, not just on technical capability but also in terms of where each company places the balance of range, performance, and efficiency for each boat—things that establish the character of an EB.

In part because Transfluid has had years working on its motor controller algorithms, it can extract a greater degree of efficiency in the conversion of electricity into motion. Also playing a role are gearing, motor selection, and of course all of the standard factors for range, like aerodynamics and rolling resistance.

All of this battery power has to go somewhere, right? That's where the motors come in. There are two main kinds of electric motors used in electric boats, though there are many variations on those themes. Transfluid and Bellmarine, for example, uses permanent-magnet alternating current (AC) motors into our super models but also we use permanent-magnet direct current (DC) motors in smaller motors. There are upsides to both types of motor, but generally, AC motors are somewhat more efficient than permanent-magnet DC motors at full load. Although it's possible to get also tremendous performance out of DC motors, AC permanent-magnet motors are often considered as an upgrade. Check out the definitions section for a reminder about the differences between the two types of electric motor and their internal workings.

This is, of course, just the tip of the iceberg. But hopefully, you're a little better equipped to put all of the new EBs hitting the market now and in the near future into terms that are easier to understand, think, and argue about.