A few years ago most people joked about the existence and circulation of electric boats & ships.
Thank God, the enlightenment took place and now the road is wide open and at the same time it is considered based on the instructions of the EU. but also the Paris Agreement, a one-way road.

When we say electric boats and ships to help readers, we mean boats and ships or vessels that move instead of traditional and ancient technology of internal combustion engines with electric motors, which are now powered by batteries, photovoltaics, generators (hydrogen, ethanol or diesel, bio gasoline) or wind turbines, etc., devices generally generating electricity to power the electric motor.

Almost simultaneously with the "discovery" of this new sail, however, new problems seem to be unfolding on the horizon, with the predominant ones being the supply of boats or ships at ports or marinas.

An almost identical problem faced by the automotive industry, with the result that even today companies can not agree on a standard, as a result of which we see different types of cables and chargers circulating across continents and countries, with TESLA being completely independent. its own chargers and ways.

The culmination of this culture of misunderstanding is Nissan's Leaf model, which the Japanese equipped with both AC and DC charging modes.

But let's see before we get a conclusion, what each way offers separately, and then we can decide about the most useful in the field of boats and ships.

Charging a car via AC source, allows the owner to be able to charge his car even at home, either for a long time or in a short time depending on the charger that can withstand based on its financial capabilities to install .

An AC charger receives power from the main and supplies it at the vehicle and this through an inverter converts it to DC and delivers it to the battery which is being charged.
As a result, batteries of any power can be charged anywhere, anytime, as long as there is power.

This results in a small and cheap price for these chargers which do not need advanced circuits to do their job.

A DC charger, however, requires much more.
A DC charger receives current from a source in AC form which it converts internally in its device to DC and then delivers it at vehicle to charge his battery. 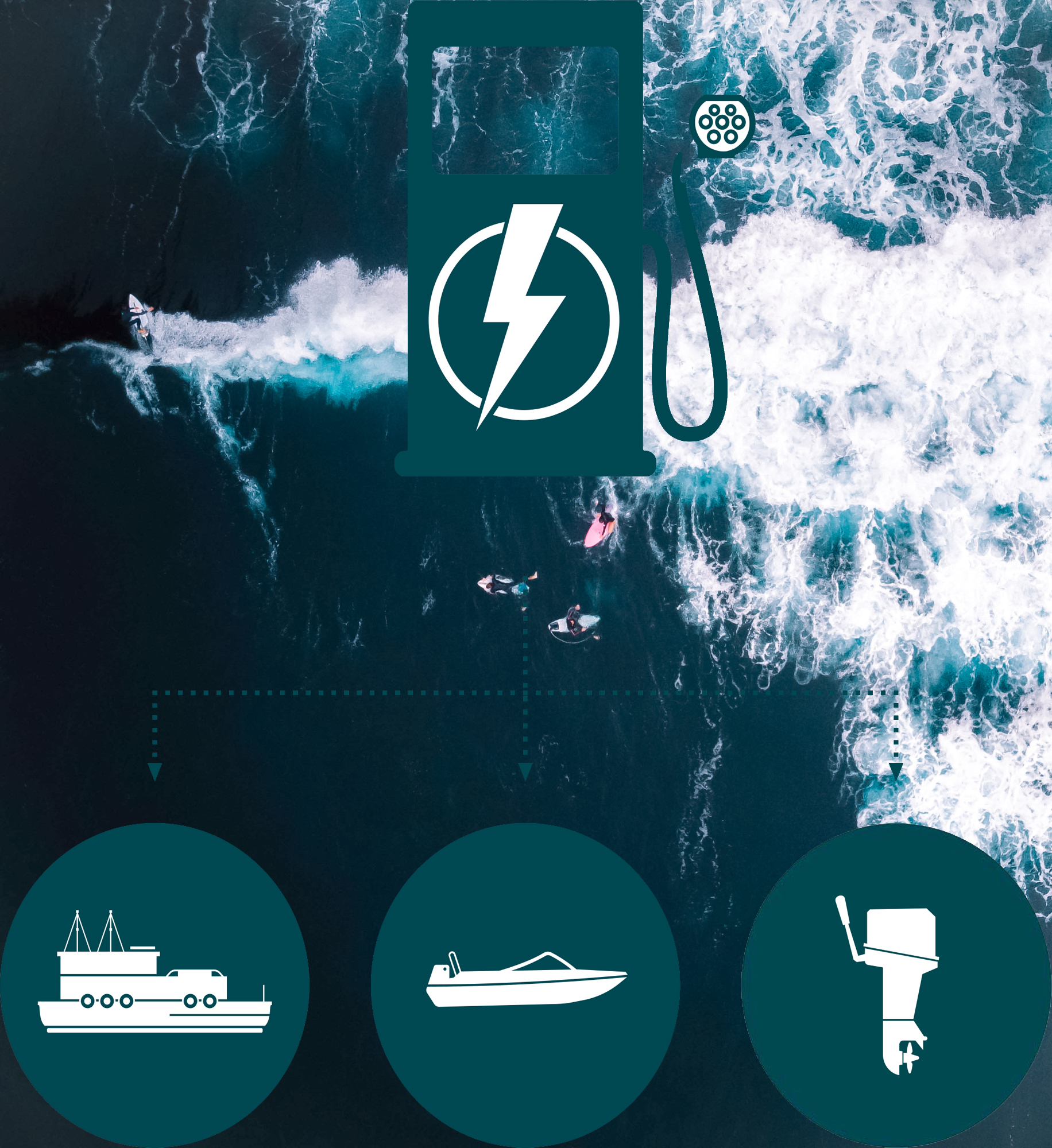 And somewhere here the problems begin.

Undoubtedly, giving at a battery bank of a boat the same type of energy as it should store, dramatically reduces the waiting hours, since now a boat can receive a super charge in just 20 minutes and continue on its way .

With the following conditions: that it has a battery with a potential difference of more than 200V as the DC chargers start from somewhere and at the same time has the corresponding "absorption" - charging system for DC current over 200V, which CCS Controller charging system in relation with simple DC-DC converters is very expensive at a cost of over 5000€, at the moment.

However, the cost of a battery with a potential difference of over 200V is also very expensive, as boats do not need such batteries as cars that have to reach high speeds to deliver their torque (at least that is what the manufacturers decided at this time , in my opinion, wrong).

The cost of chargers for such lithium batteries as 24V or 48V or 96V starts at € 600 and does not exceed € 1500, but with the result that loss of fast charging which can be balanced with the addition of chargers and the corresponding supply on marinas and ports, but this also means an increase in costs for the end user. 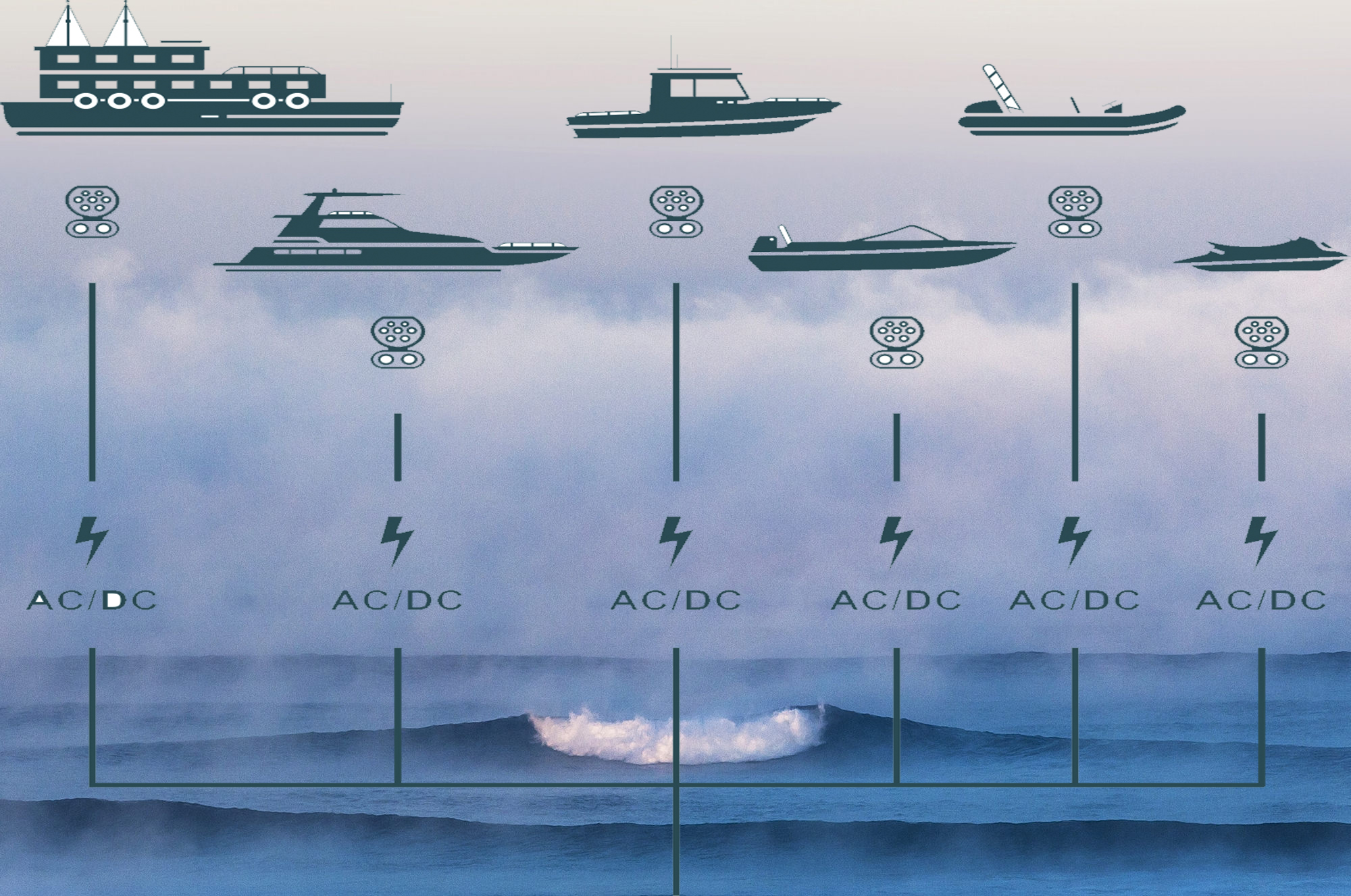 We must therefore, in collaboration with the major charger construction companies, find the best and most affordable solution for the average user but also for EU in general, so that it is possible to have a network that cooperates with each other in all ports and marinas but also, this avoids the inconvenience of the user and the search in each country for a new way to load his boat.

In my opinion, the best solution is to have and install in the marinas and ports several chargers with simultaneous supply of AC and DC and maybe one or two separate DC chargers for those who have on board only such specialized controllers as everything, are not for everyone.

Also a huge issue that now opens in the area of ​​boats is what type of cable will be appropriate for boats, at the same time with the charger to be selected, but here, things are probably simpler as it is infinitely easier to adopt the European model of TYPE 2 or the Combined Charging System, otherwise CCS.

ILIOFOS has the whole range of controllers for simple or fast charging, either in AC or DC, but the solution must be given with respect to the needs of the customer and in general to the conditions of the country and those of the EU.