Solé Diesel is a family business founded in 1912 by Mr. Enrique Solé Jorba in Martorell as a cart and carriage construction and repair shop. 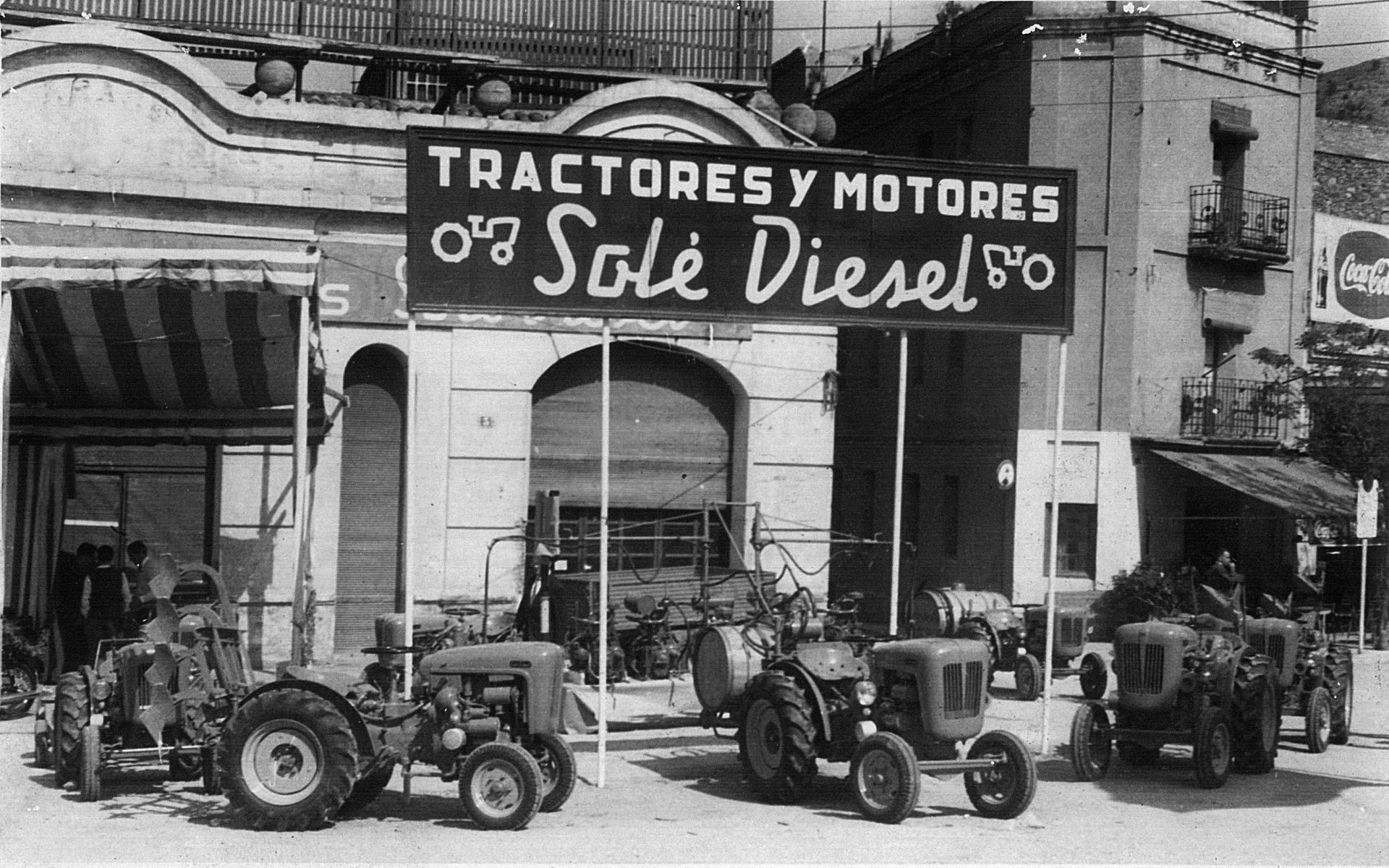 Due to the carriage obsolescence in 1931, Solé Diesel started in the car repair sector along with locksmithing and the sale of petrol. The business activity stopped in 1936 because of the Spanish Civil War. The activity was taken up in 1939, and after the death of the founder, the management passed to Mr. Enrique Solé and Mr. Ramón Solé, his sons.

War brought poverty to the country and triggered in years of shortages of machinery. For that reason, Solé Diesel decided to make a leap into the manufacture of their own spare parts to gradually evolve until producing machinery and diesel engines for different applications.

The company went through several stages before specializing in the marine engines sales, such as the production of   tractors from 1960 to 1990 with the subsidiary company called Solsuc, or the manufacture of industrial dishwashers   from 1960.

In 1949, Solé found a niche in the marine sector, specifically focused on the fishing professionals, because the   recreational crafts were limited in the Spanish territory at that time. Solé Diesel has been growing year after year in   the marine sector becoming one of the reference brands in the marine engine remotorization. 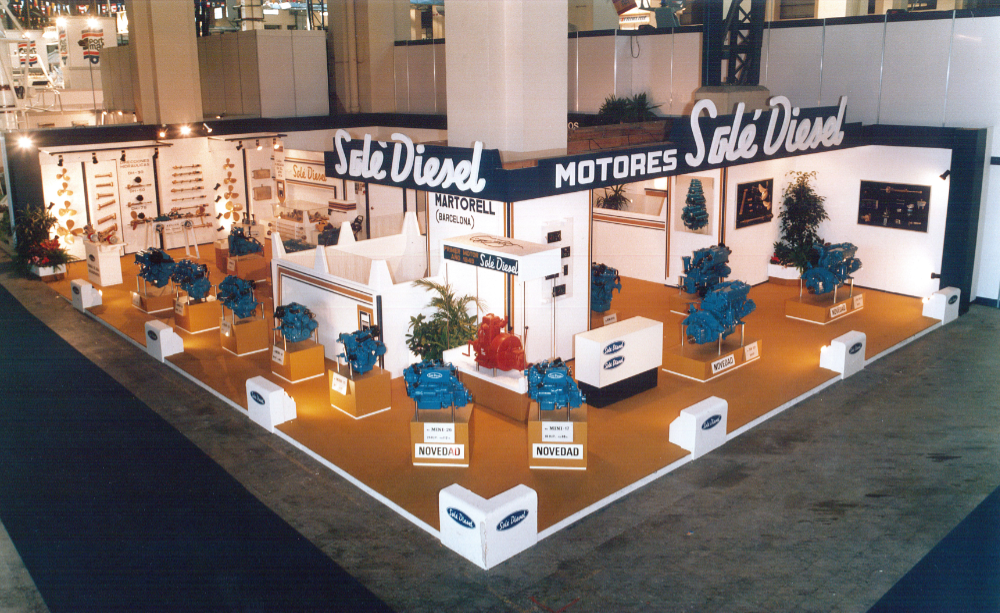 Initially, all our products were entirely self-made and subsequently, we become specialized in the   industrial engine marinization of high efficiency and quality brands such as Lombardini, Mercedes   Benz, Perkins, Mazda, Nissan, Hino, VM, New Holland and Mitsubishi.

In 1964, Solé Diesel exhibited their products for the first time at the 2nd edition of the Barcelona   International Boat Show, where visitors from other countries were interested in our brand,   becoming the starting point of the business internalization process and we are currently present in more than 60 countries. 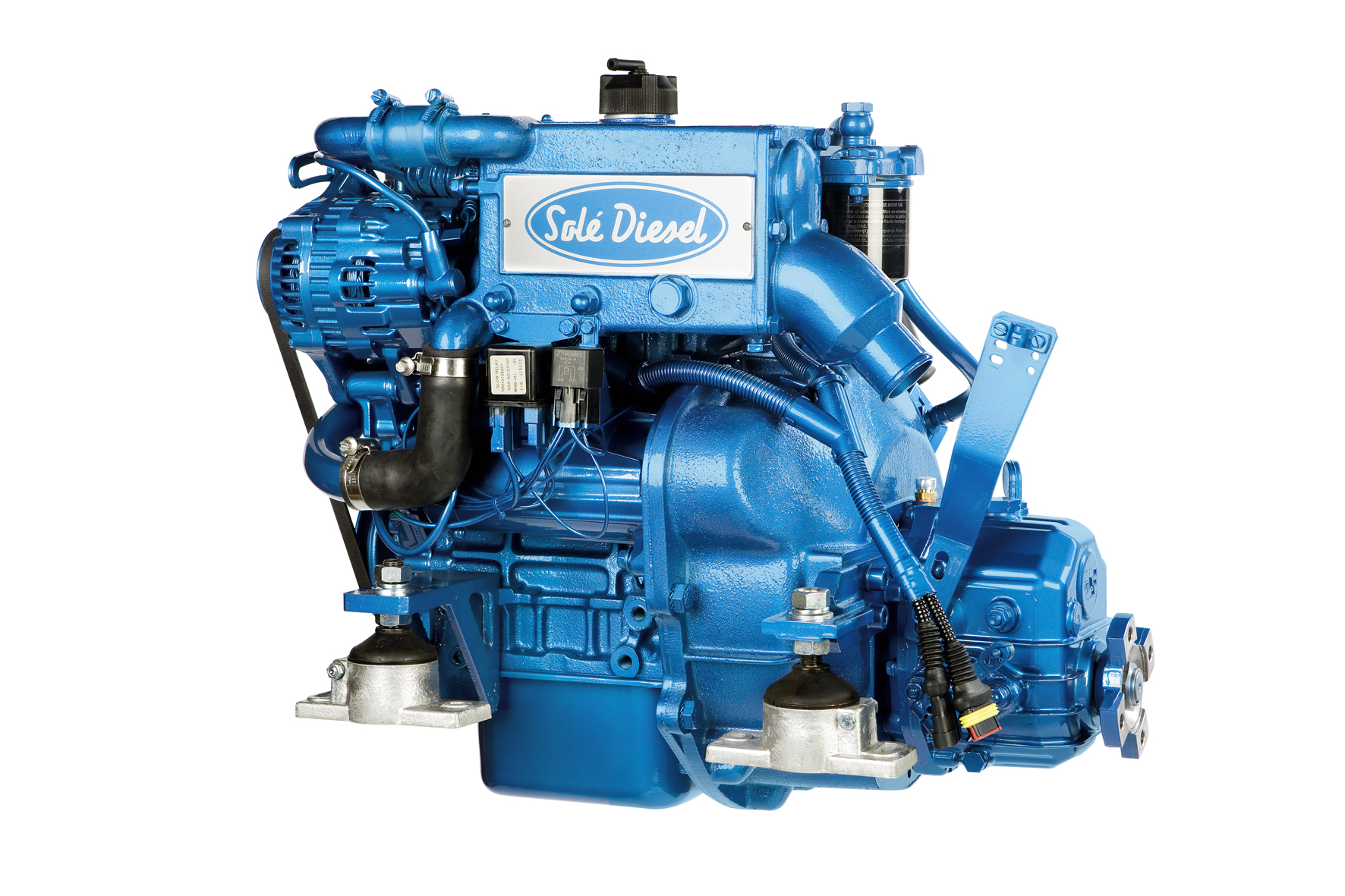 In 1970, the first engine of the MINI series was launched, a 5 HP single cylinder engine, and at the end of the 80s we reached agreements with emblematic brands such as Mercedes Benz or Mitsubishi. Therefore, in 1988, we launched the first prototype of the allegorical MINI-17 model, one of the most sold and emblematic engines of the company up to the present day.

IIIn 1992, Mr. Enrique Solé Matas took the reins of the business, consolidating Solé Diesel as a reference brand in the industrial engine marinization, both in domestic and international markets. Marieli Solé Toledano, fourth generation, joined in 2014 providing a fresh entrepreneurial vision according to the new technologies.

IIn 2012, Solé Diesel celebrated its 100th anniversary and joined the selected group of companies with more than a century of history. The final result of our products is guaranteed by this experience and its success is due to the combination between the most experienced workers and the innovations provided by the new generations, along with the manufacturing, delivery and aftersales process control.

Nowadays, Solé Diesel is a business consolidated in the engine manufacturing, marine gensets, propellers and accessories. The products are produced in Martorell (Barcelona) under the highest quality standards, constantly seeking the customers’ satisfaction as a target. Thus, we work with the best brands in the market: Deutz, Kubota and Mitsubishi. In fact, in 2018 we celebrated the 40th anniversary of collaboration with Mitsubishi. Our products are sold on all five continents with a consolidated network and we are also distributors of several leading brands in the Spanish territory.

Solé Diesel has distinguished by its personalized customers’ service over the years, adapting the products to their necessities and offering the best advice in each case, for both leisure and professional use.